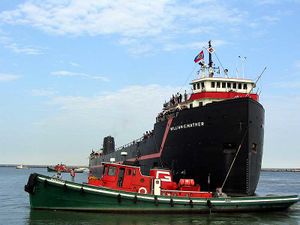 The Great Lakes Towing Company was the first company of The Great Lakes Group, founded in New Jersey on July 7, 1899[2]. Its founding shareholders included Jeptha H. Wade II, John D. Rockefeller,[2] William G. Mather, and James R. Sinclair. T.F. Newman was the first president. The company began full operation on the Great Lakes (except Lake Ontario and the St. Lawrence River) in 1900, starting its first navigating season with over 150 tugboats.

The Company grew rapidly, so much so that in 1913 it was charged with operating a monopoly.

Frequent labor unrest during World War II resulted in the U.S. government assuming control of the Company in 1945-46.

During the 1950s and 1960s the company installed innovative communication equipment. Business began to decline in the 1960s when the decline of the steel industry and the introduction of new types of ships led to a reduction in the number of tugs needed. In 1972 the company was purchased by the American Shipbuilding Co., which sold the firm to Trans Commercial Industries, Inc., in 1973.

The company's headquarters have been in Cleveland since its founding, though the locations of its docks and offices have changed several times over the years. Ronald Rasmus serves as president of the company, a position he assumed in 1983. 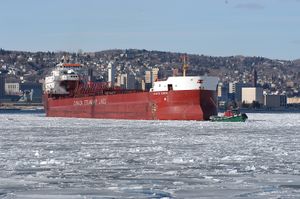 GLT is the largest U.S.-flag tugboat company engaged in towing on the Great Lakes.[3] The company is widely referred to as “The Towing Company.”1, 10 GLT provides services such as local harbor towing, docking and undocking, interport towing of vessels and barges, icebreaking, as well as rescue and assistance to grounded or damaged ships. 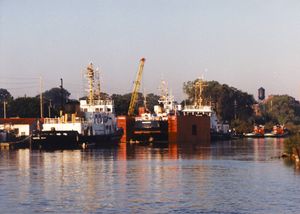 Great Lakes Shipyard is located in the Old River Channel on the Cuyahoga River in Cleveland, Ohio[4]. Initially established for the construction and maintenance of the Company's own fleet of tugboats, it was expanded in the early 1980s to include commercial marine repairs services for commercial and government vessels.[4] Most recently in 2007, the Shipyard has started new construction projects.[4] 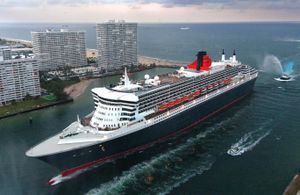 Tugz, formed in 1998, designs, constructs, and owns tractor and tractor-type tugs for charter and operation by affiliated companies, and for charter to third parties for use throughout the United States. 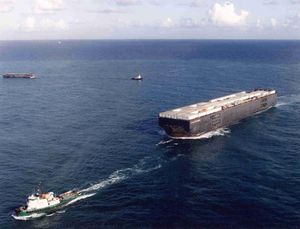 PRT was formed in 1997 and is based in San Juan, Puerto Rico. PRT provides vessel assistance and towing services to commercial vessels and barges in San Juan Harbor, other inland ports, and ports throughout the Caribbean. The company is known in Puerto Rico and the Caribbean as "PRT." 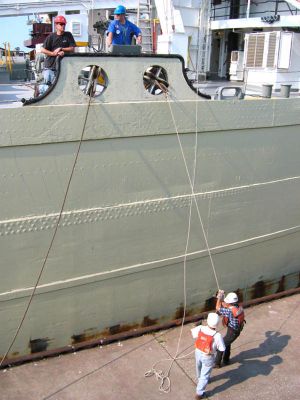 Linehandlers serving a vessel in the Soo Locks

Soo Linehandling provides linehandling assistance to vessels transiting the United States Army Corps of Engineers-administered and -operated Soo Locks at Sault Ste. Marie, Michigan on the St. Mary's River, the only water connection between Lake Superior and the other Great Lakes. The Soo Locks are located in the St. Mary's Rapids, where the water falls about 21 feet from the level of Lake Superior to the level of the lower lakes. Vessels must transit the Soo Locks en route to the principal ports of Duluth, Minnesota and Thunder Bay, Ontario and outbound to the sea. 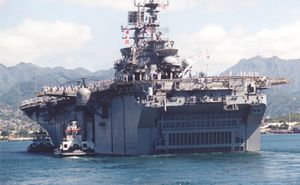 In 1999 Admiral Towing and Barge Company was awarded a Military Sealift Command contract. Admiral provided tugobat and harbor towing services at the United States Naval Station, Pearl Harbor, Hawaii, and in the waters of the Hawaiian Islands for a period of up to five years with three Z-Tugs.