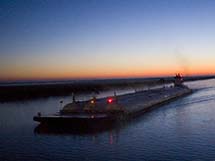 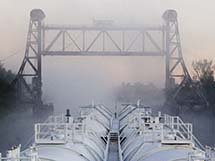 Trip pilot is a term applied to the captains of some inland waterway vessels in the United States of America. Trip pilots possess a Master of Towing Vessel USCG License and are in demand in the commercial tug and barge industry. They are primarily employed in the inland brown water trade on push boats running the Mississippi River and Gulf ICW.

There is controversy in the industry between company men that often work for much less to have the security of a regular rotation and steady job for less money. The net effect of the strong Trip Pilot Association[1] has been to improve the day rates for all mariners[citation needed].