From SpottingWorld, the Hub for the SpottingWorld network...
Jump to:navigation, search
For other ships of the same name, see USS Tillamook.

Tillamook was laid down on 6 January 1914 by the Seattle Construction and Dry Dock Company at Seattle, Washington and launched on 15 August 1914. She was placed in service soon thereafter, probably later in August or in September 1914, as USS Tillamook (Tug No. 16). 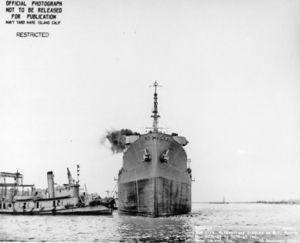 Tillamook was placed out of service and turned over to the Maritime Commission for disposal on 28 April 1947.