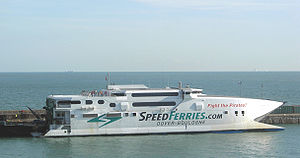 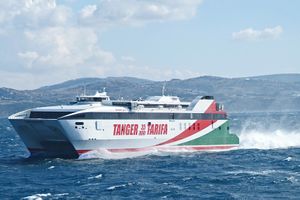 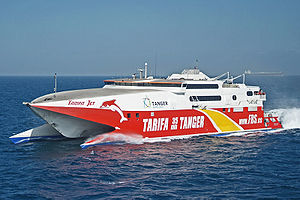 A high-speed craft (HSC) is a high speed water vessel for civilian use, also called a fastcraft or fast ferry. The first high-speed craft were often hydrofoils or hovercraft, but in the 1990s catamaran and even monohull designs have become popular. Most high-speed craft serve as passenger ferries, but the largest catamarans and monohulls also carry cars and even buses and freight (e.g. Stena's HSS). Hulled designs are often powered by water jets coupled to medium speed diesel engines. Hovercraft are usually powered by gas turbines or diesel engines driving propellors and impellors.

The design and safety of high-speed craft is regulated by the High Speed Craft Codes of 1994 and 2000, adopted by the Maritime Safety Committee of the International Maritime Organisation (IMO).