The Dunbar was a full-rigged ship that was wrecked near the entrance to Sydney Harbour, Australia in 1857 with the loss of 121 lives.

The Dunbar was launched on 30 November 1853 for London shipowner Duncan Dunbar and entered the passenger and cargo trade between London and Sydney early the following year.[1] She was one of a number of large sailing ships that began trading to Australia as a result of the Australian gold rushes.

On the night of 20 August 1857, the ship approached the entrance to Sydney Harbour from the south, but heavy rain and a strong gale made navigating difficult. The ship's captain, James Green, either erroneously believing he had already passed the harbour's southern headland or mistaking a smaller break in the coastline known as The Gap for the port's entrance, drove the ship onto rocks. The force of the gale caused the Dunbar to break up. 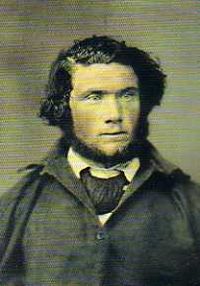 Crew member James Johnson was thrown against the cliffs from the impetus of the collision and managed to scramble to safety, however he remained undiscovered for two days. The remainder of the passengers and crew were drowned.[2] A day of public mourning was declared. The remains of the bodies of twenty-two victims were recovered and interred in a single large tomb in Camperdown Cemetery in Newtown. Several other victims have individual monuments.

James Johnson was later employed in the pilot service at Newcastle, New South Wales, and was instrumental in rescuing the sole survivor of the paddle steamer SS Cawarra wrecked there in 1866.