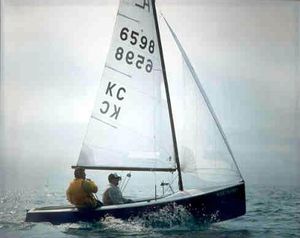 The Albacore is a 4.57 m (15 ft) planing dinghy developed in 1954 from an Uffa Fox design. Hulls may be made of either wood or fibreglass.

By 2005 over 8,000 Albacores have been built and the class is actively raced in England, the United States and Canada. (See Dinghy racing for more information on these races.)